Six images taken from six masses in Glenstal Abbey. Each image taken at the moment of the elevation of the host during consecration. 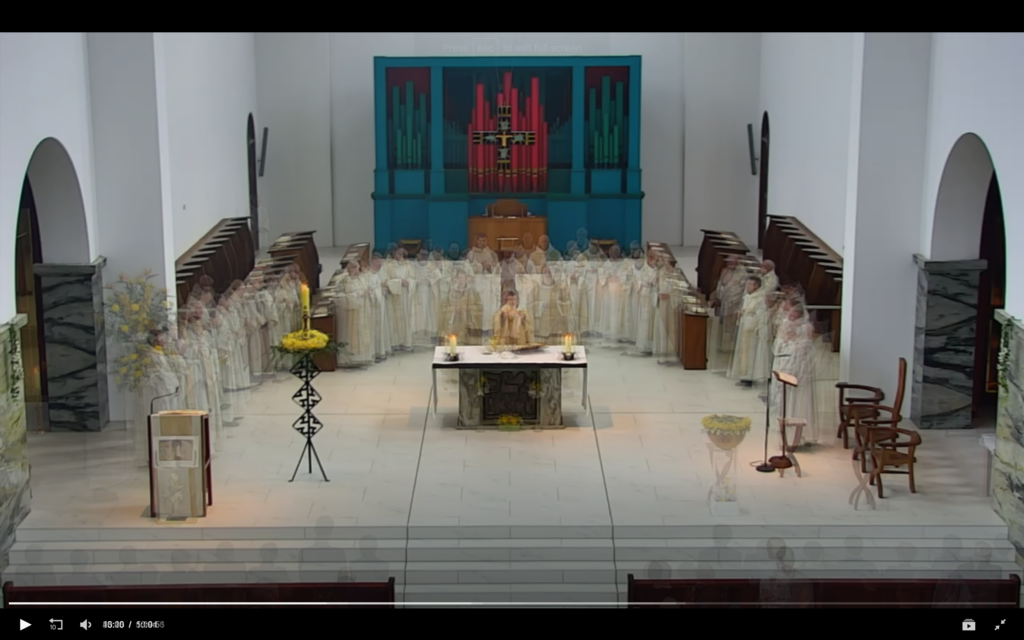 Elevation of the host (six times). Click to embiggen.

Self as overlap among Eigenforms

A single point cannot be grasped